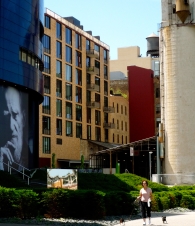 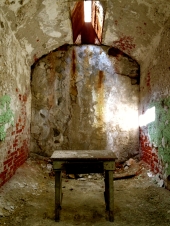 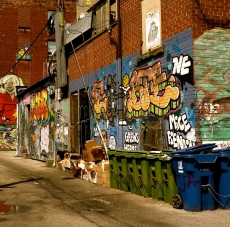 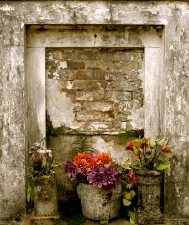 V.A. Smith is a writer and photographer who feels lucky to live and work in Portsmouth, NH. Her work has appeared or is forthcoming in Gravel Magazine, Star 82 Review, Compose Journal, Driftwood Press, Connotation Press, Scissors & Spackle, Petrichor Review, Temenos Journal, and Stirring. She can be reached at vixworx.com. 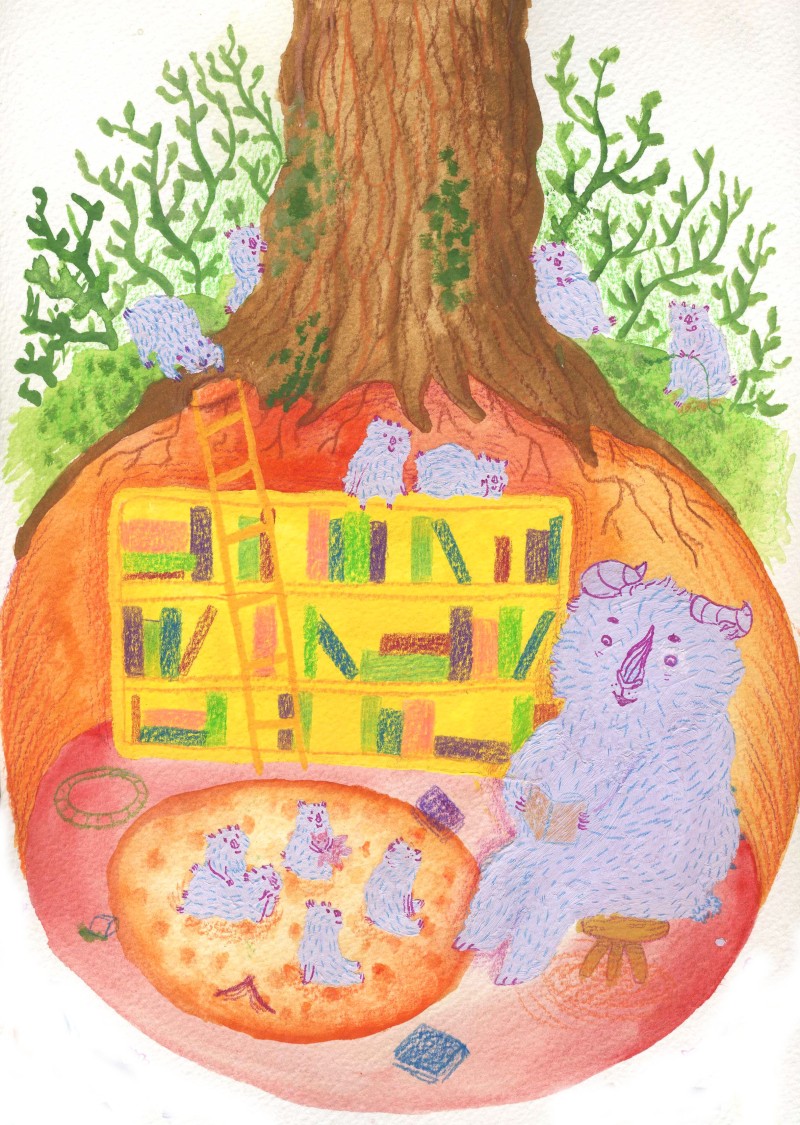 Jennifer Muir is an illustrator based in Scotland. She works mainly with watercolors and enjoys making colorful and odd things. She also enjoys working with children’s books.

“Eh, you sonyamabeach,” Porky smiled to a passerby who, deaf to the words spoken from the other side of the front window, tipped his fedora enthusiastically. Porky waved back. He turned to me. “Stupidoudatowna. Minneapoli, whaddayatink?”

We played such games during the afternoons at Folkus.

I used to hope Porky would, in appreciation of the beers I nursed during the quiet hours, reminiscence about the folk singers and rock stars whose plastic-covered pictures lined the back of the bar and, especially, about the legends, living and dead, whose glossy eight-by-ten adolescent faces gazed with ours through the window onto West Third Street.

I used to prod Porky to orate on the subject of the cultural phenomenon of which Greenwich Village was, during the late Eisenhower years through the few Kennedys and early Johnsons, a pulsing center. And Folkus was somehow its . . . well, its focus. END_OF_DOCUMENT_TOKEN_TO_BE_REPLACED

That last night. That last counterpunch with a sneer toward death. And life. All so unreal and he a ghost somewhere between those that conformed and those that fought while wired on dex, meth and Jack Daniels. That night he and Terry and Neil snaked the back roads of Mecklenburg County at high speeds –was there any other way? Neil said he was just one more black man nobody cared about and it was the same for his brother, Charles, who had been killed on his Harley outside of Hampton Roads. That last night – he and Terry and Neil together. Now gone. All of it gone. END_OF_DOCUMENT_TOKEN_TO_BE_REPLACED

How You Get Around

My bike commute was born as a prayer. A rattley, squeaky prayer, punctuated with potholes, angry cab drivers, and flat tires. One that sang through the frame of a twenty-year-old mountain bike transplanted to the city. A prayer that took unexpected left turns to avoid the traffic sneaking up Fifth Avenue, one that surprised with a bold swoop through the traffic circle. It was an invocation to escape from the mechanized, scheduled world and to soar, unfettered, on the noisy streets. It was prayer to get out, without actually leaving. It worked. END_OF_DOCUMENT_TOKEN_TO_BE_REPLACED

This is part four of a four-part serial published July 10-31 2014. The rest of the story can be found here.

Renalda and her friends on the message board had to be deluded, and footage could have been faked in the fifties as well as now. The presence of Baraz and Hadia suggested a more recent effort and that coordinated steps were being taken. She didn’t want to think of what it might mean to have them present in footage that really came from decades ago.

Getting Delilah back, trying at least, was more important than any bizarre hoax, and she let her daughter’s face fill her thoughts as she sat on a bus. Ship ahoy. Successful completion of the gig was a step toward fighting Jody. That was her real battle.

END_OF_DOCUMENT_TOKEN_TO_BE_REPLACED

This is part three of a four-part serial published July 10-31 2014. The rest of the story can be found here.

Renalda Coates managed a hair bar—stark white interiors over a hardwood floor in Islington. Stylists aimed blow dryers, taming miles of hair while she hovered near a desk where a clerk worked a phone.

“We can do a beautiful job with those locks, Luv. What would you like?”

“I’m curious about Casbah and your grandfather.”

Her features went through a moment of denial.

“Anything I ever posted about that blasted show was a warning. I don’t know how you tracked me down…”

“A warning’s what I’m interested in,” Aubrey said. “Is there somewhere…?”

Minutes later they were in a booth at an internet café a few doors away. More chai, these cups sweet and fiery hot.